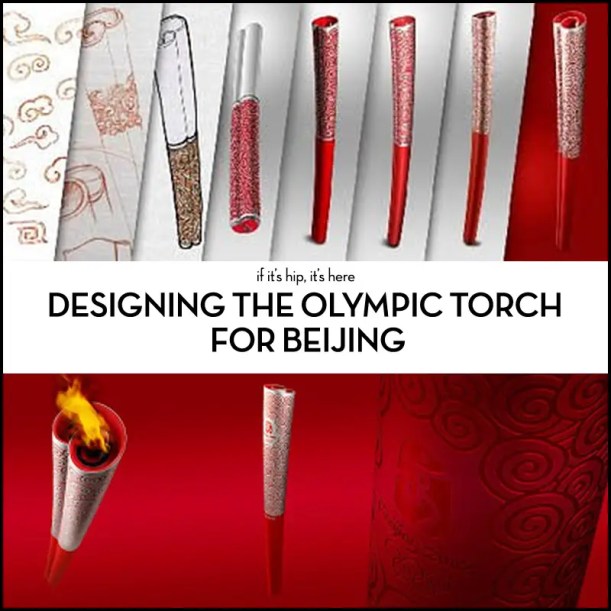 The Beijing Olympic Torch boasts strong Chinese characteristics, and showcases Chinese design and technical capabilities. It embodies the concepts of a Green Olympics, a High-tech Olympics and the People’s Olympics.

The Key Facts about the Torch 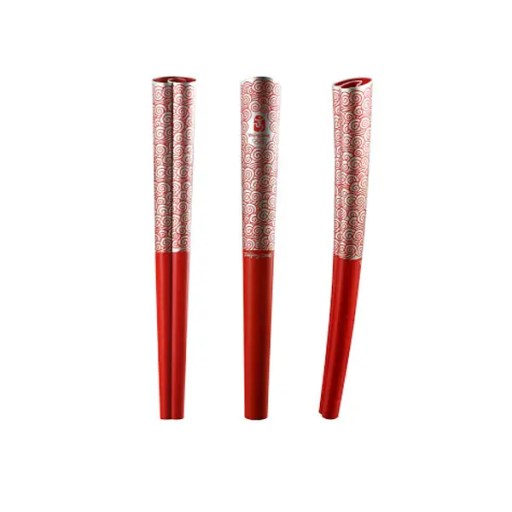 The torch is 72 centimetres high, weighs 985 grams and is made of aluminum. The torch is of a curved surface form, with etching and anodizing being used during its production. A torch can usually keep burning for approximately 15 minutes in conditions where the flame is 25 to 30 centimetres high in a windless environment. 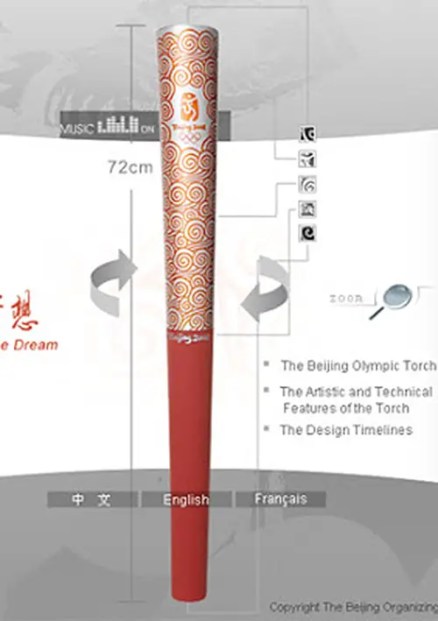 The torch has been produced to withstand winds of up to 65 kilometres per hour and to stay alight in rain up to 50mm an hour. The flame can be identified and photographed in sunshine and areas of extreme brightness. The fuel is propane which is in accordance with environmental guidelines. The material of its form is recyclable.

The Artistic and Technical Features of the Torch
The torch of the Beijing Olympic Games has a very strong Chinese flavor. It demonstrates the artistic and technical level of China. It also conveys the message of a Green Olympics, a High-tech Olympics and the People’s Olympics.

The shape of the paper scroll and the lucky clouds graphic, expresses the idea of harmony. Its stable burning technique and adaptability to the environment have reached a new technical level. The torch of the Beijing Olympic Games is designed, researched and produced in China. BOCOG owns all intellectual property rights. 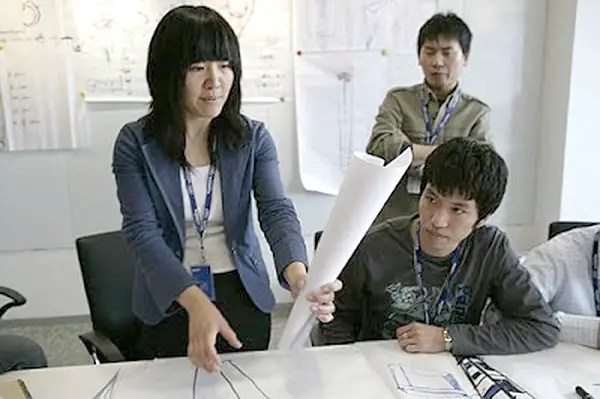 above: Lenovo designers in Beijing working on the torch

The Fuel for the Torch
Under the concept of a Green Olympics, environmental protection was a key element listed in the invitation documents to the design companies, by BOCOG. The fuel of the torch is propane, which is a common fuel which also comes with a low price. It is composed of carbon and hydrogen. No material, except carbon dioxide and water remain after the burning, eliminating any risk of pollution. The Burning System
Its stable burning technique and adaptability to the environment have reached a new technical level. It can stay alight in severe weather conditions such as strong wind, rain, snow, hail, etc. The flame can also be identified in sunshine and areas of extreme brightness so as to satisfy the requirements of capturing photographic images and video footage. 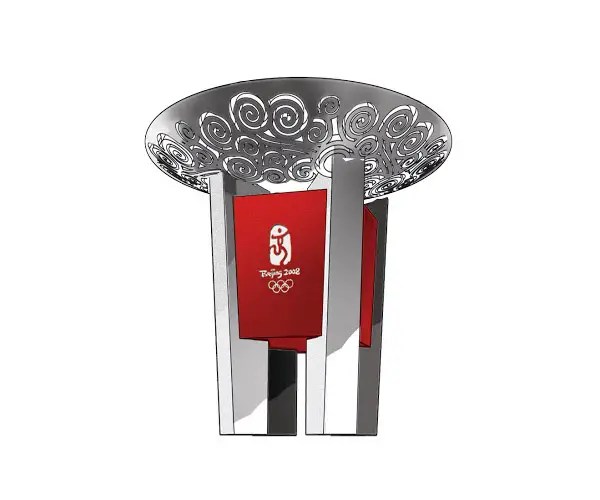 The Beijing Olympic cauldron is based on the concept of a “round heaven and square earth” and takes after a typical cauldron from the Chinese Bronze Age. The cauldron shares with the torch and lantern the design element of the “lucky cloud.” 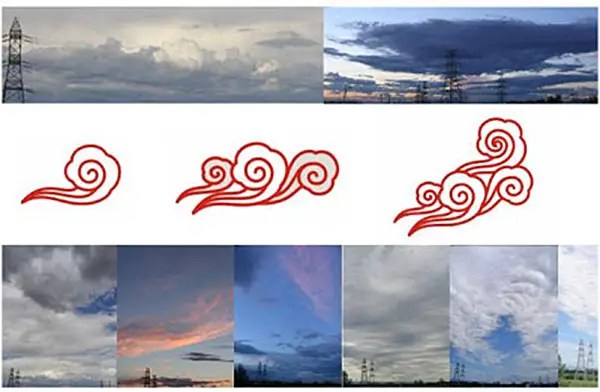 above: The Cloud design

The 56 “lucky clouds” hollowed out of the curved plate of the Olympic cauldron symbolize well wishes to the world from the 56 ethnic groups in China. The base of the cauldron has four legs with eight faces, symbolizing that the Beijing Olympic Games welcomes friends from all directions across the world. The inspiration for the original design of the Beijing Olympic Torch Relay lantern comes from the traditional lanterns used inside ancient Chinese palaces. The silver luster of the lantern coupled with crystal-clear glass serve as a foil to the flame and communicates the Olympic flame’s sanctity and purity. 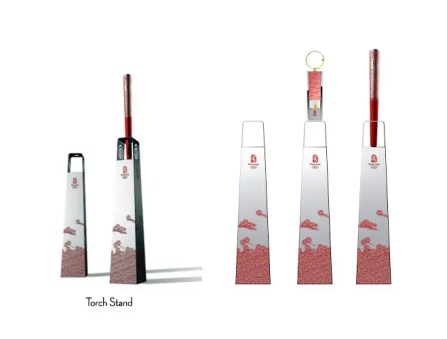 The torch stand is used to display and support the torch, and its design borrows from the architectural styles of the Han and Tang dynasties. The base design of the torch stand shows “lucky clouds” drifting away, as if gently calling out to the torch. above: the torch in action

To see amazing photos from the lighting of the cauldron at the opening ceremony, click here.

Precious Vodka Has A Real Gem In Every Diamond Shaped Bottle.