Fun for the Octopus-Obsessed. If you’re not familiar with the illustrated books and activity books featuring Otto and Victoria by illustrator Brian Kesinger – then you’re doing your love of cephalopods a disservice. Drawn in his animated illustration style with a steampunk edge, Brian has published hardcover books, a coloring book, a paper doll book and more featuring the adventures of Victoria Psismall and her pet land octopus Otto. END_OF_DOCUMENT_TOKEN_TO_BE_REPLACED

Artist and illustrator Mark Oliver has taken the Victorian tradition of insect collecting and given it an artful twist in his “litterbugs’ by using disposed of objects from today’s urban world to create his own insects. END_OF_DOCUMENT_TOKEN_TO_BE_REPLACED

Korea’s MZDB Co., Ltd is comprised of Mozi Studio and DE-BANG which is also an acronym of the two brands. They have designed a series of Dutch Lab Cold Drip Coffee Machines inspired by Architecture and Movies that look more like art than brewing machines. The unusual contraptions were designed to provide you with an easy and aesthetically beautiful way of brewing coffee and at the same time employ a process that is said to give you the maximum quality for the best-tasting coffee. END_OF_DOCUMENT_TOKEN_TO_BE_REPLACED

Devin Smith describes himself as someone who grew up idolizing Indiana Jones and wishing to be one of the Goonies. Enthralled with all of the visual elements of adventure films, he coveted the cool guns and gadgets of the characters he admired. Growing up without a workshop comprised of high-end machinery and various electrical equipment, he learned to improvise. END_OF_DOCUMENT_TOKEN_TO_BE_REPLACED

You may not be familiar with the name Stéphane Halleux, but if you saw the Oscar-winning animated short, Mr. Hublot, you’ve already seen some of his work. I’d been following his talents for awhile and was thrilled with the recognition Mr. Hublot received at the 2014 Academy Awards. END_OF_DOCUMENT_TOKEN_TO_BE_REPLACED 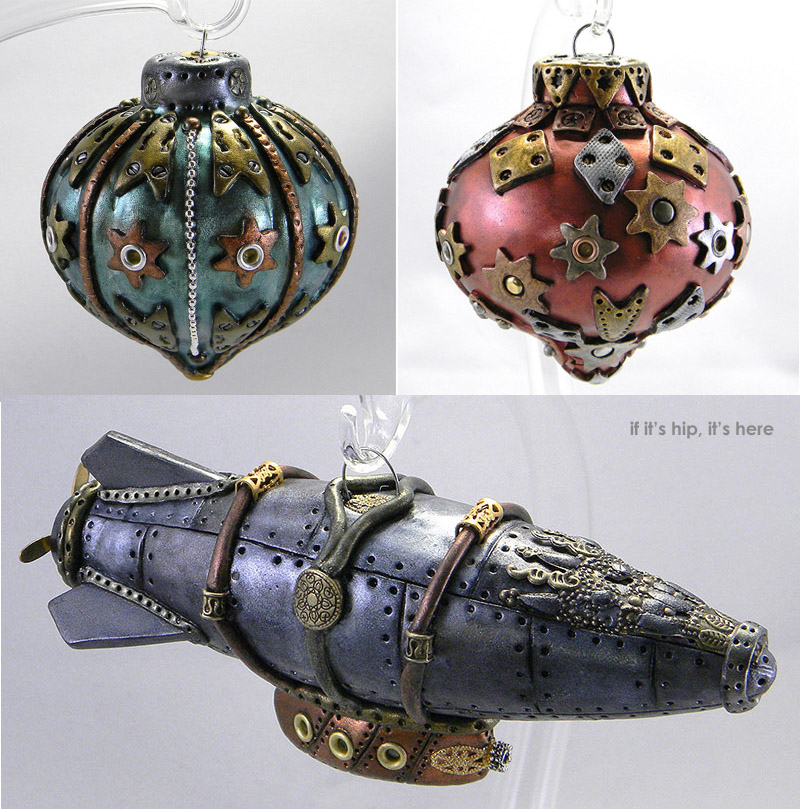 Absolutely beautiful, one of a kind, handmade ‘steampunk’ style Christmas ornaments will turn your tree into a Victorian Wonderland that even Jules Verne, Tesla and The Doctor would envy. END_OF_DOCUMENT_TOKEN_TO_BE_REPLACED