you are here: if it's hip, it's here » photography » 18 Colorful Employee Portraits by Olaf Bruening Add Creativity To Pernod Ricard’s Annual Report

Co-creation by Olaf Breuning is a new photo campaign for the Pernod Ricard 2012/2013 annual report in which 18 employees create a fresco for the cover and pose for pages with personal quotes scattered throughout the 168 page annual report.

Pernod Ricard’s commitment to contemporary art, which it has inherited from Paul Ricard, is an integral part of the company’s sponsorship strategy. The Group endeavours to share and promote creativity in all its forms. Therefore, for the last 35 years, Pernod Ricard has commissioned a piece by a renowned contemporary artist to illustrate the cover of its Annual Report. 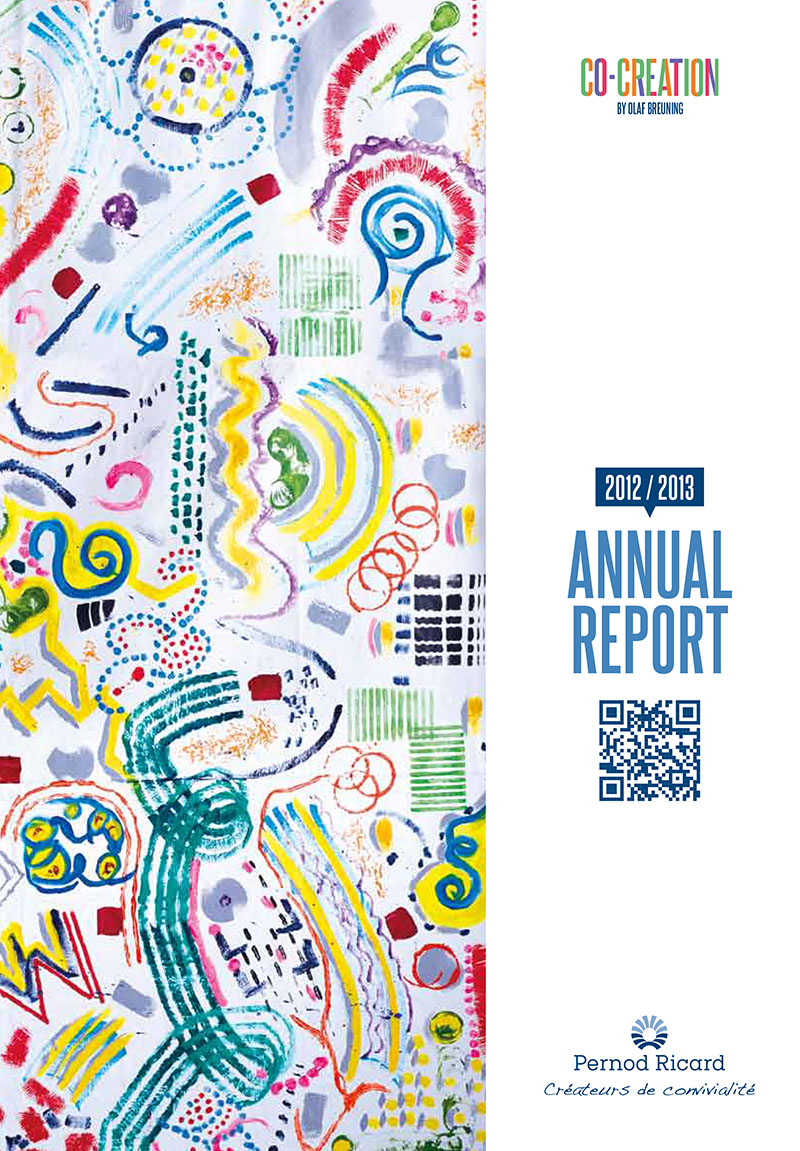 The approach now focuses on contemporary photography, giving a well-known photographer “carte blanche” to produce portraits of their employees, the front-line ambassadors of the organization’s values. In 2010, Argentinian Marcos Lopez became the first photographer to have his work featured in the report, while French Denis Rouvre and Spanish Eugenio Recuenco have followed in his footsteps in subsequent years. 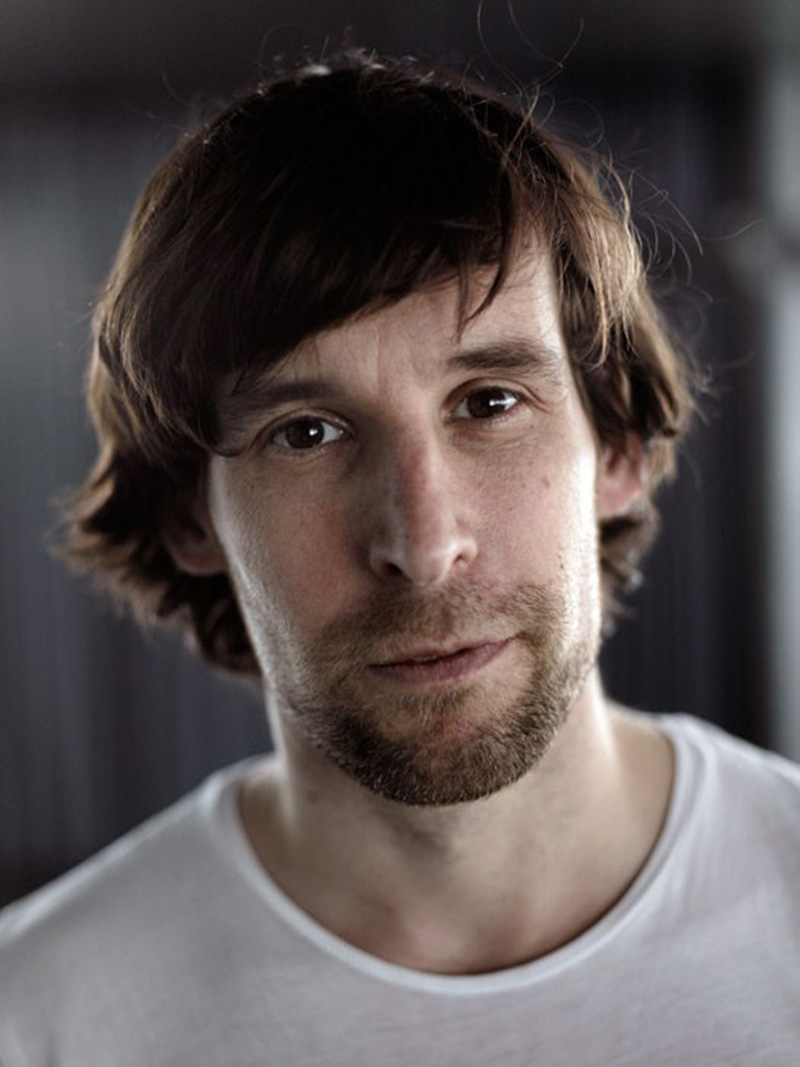 above photo of Olaf Breuning by Herbert Zimmermann

Olaf Breuning, the Swiss photographer and visual artist, has been selected for this year’s annual report photo campaign. He and 18 Group employees were invited by Pernod Ricard to a private area of the Pompidou Centre to work together on a series of artistic images. Inspired by the 2012/2013 annual report theme of “co-creation”, he asked the models to paint on a gigantic canvas. Each person was given an unusual object or tool with which to paint, and a matching colour. 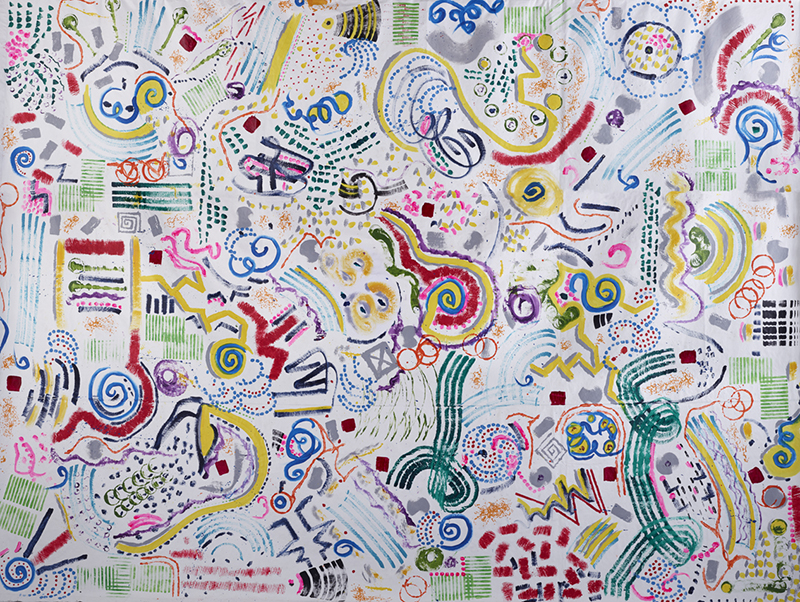 above: the completed canvas, used on the cover, painted by the 18 employees

Under his artistic direction, the models themselves became the artists for this unusual piece. Joy, pleasure, concentration, introspection – each one of them experienced the range of emotions which goes hand in hand with creation and the images are featured throughout the report, along with their personal quotes, such as the example shown below: 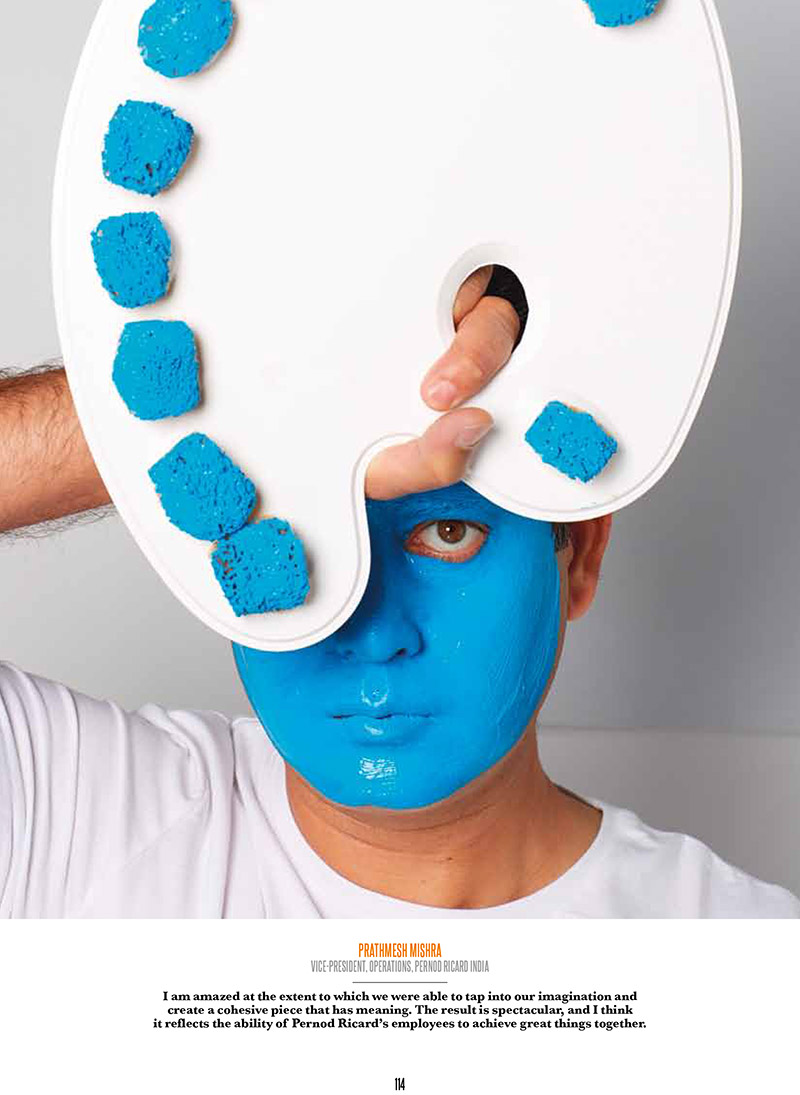 Over three days of “creative conviviality”, the fresco took shape and what emerged was the collaborative work of art which adorns the cover of this document. 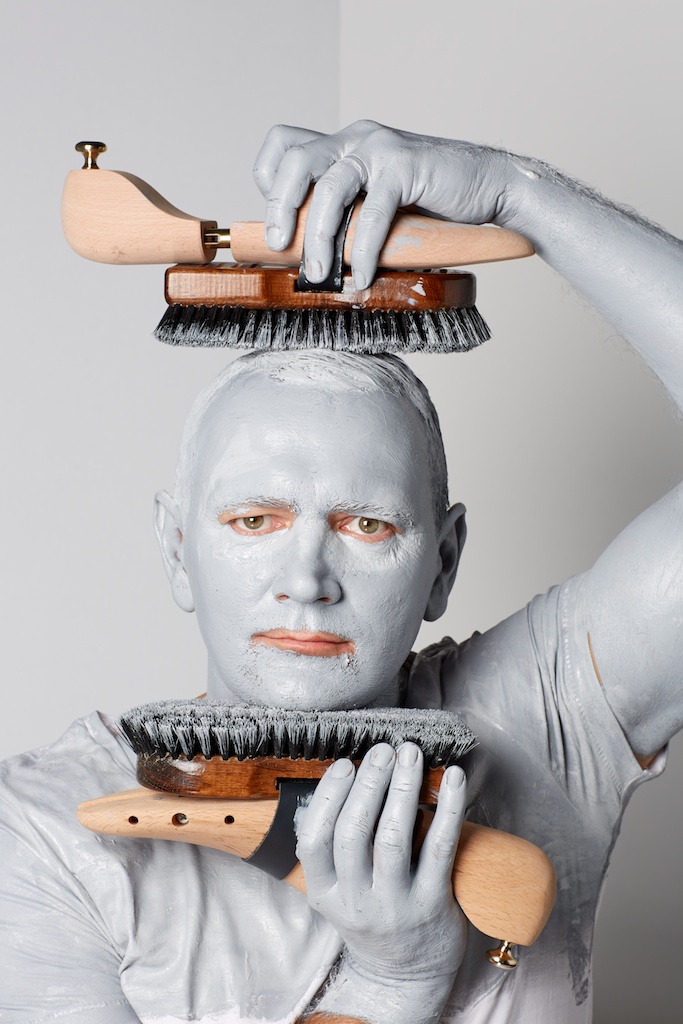 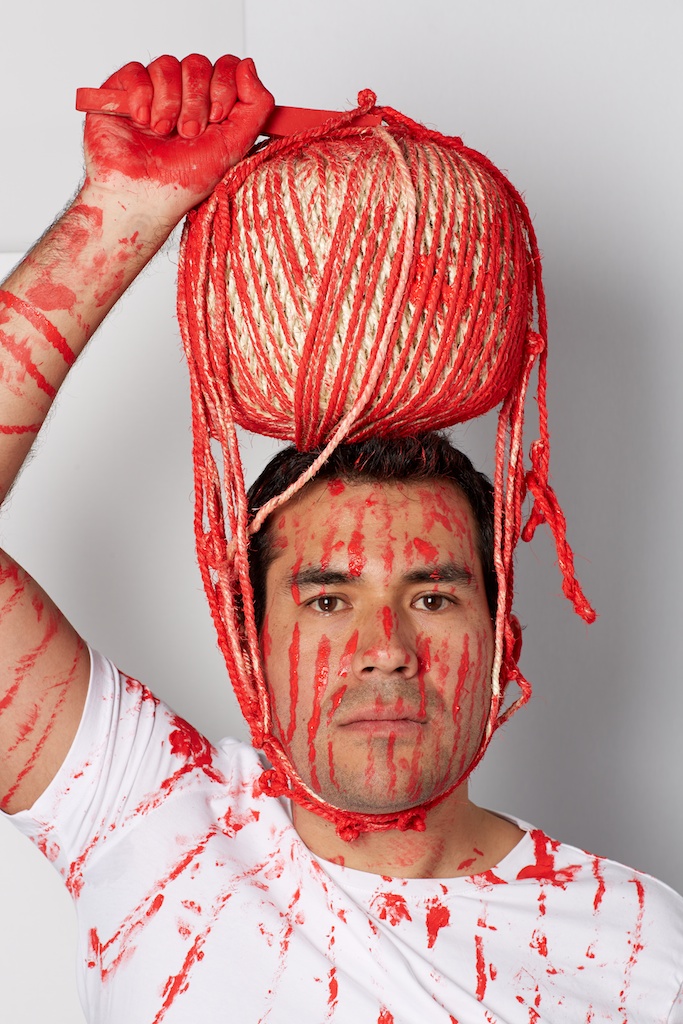 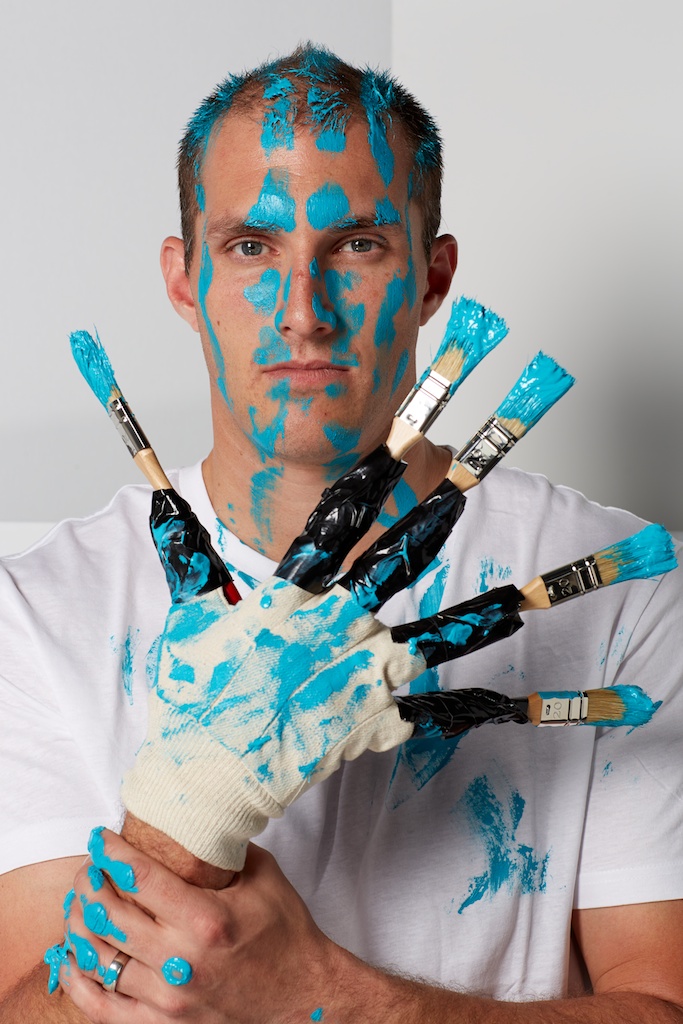 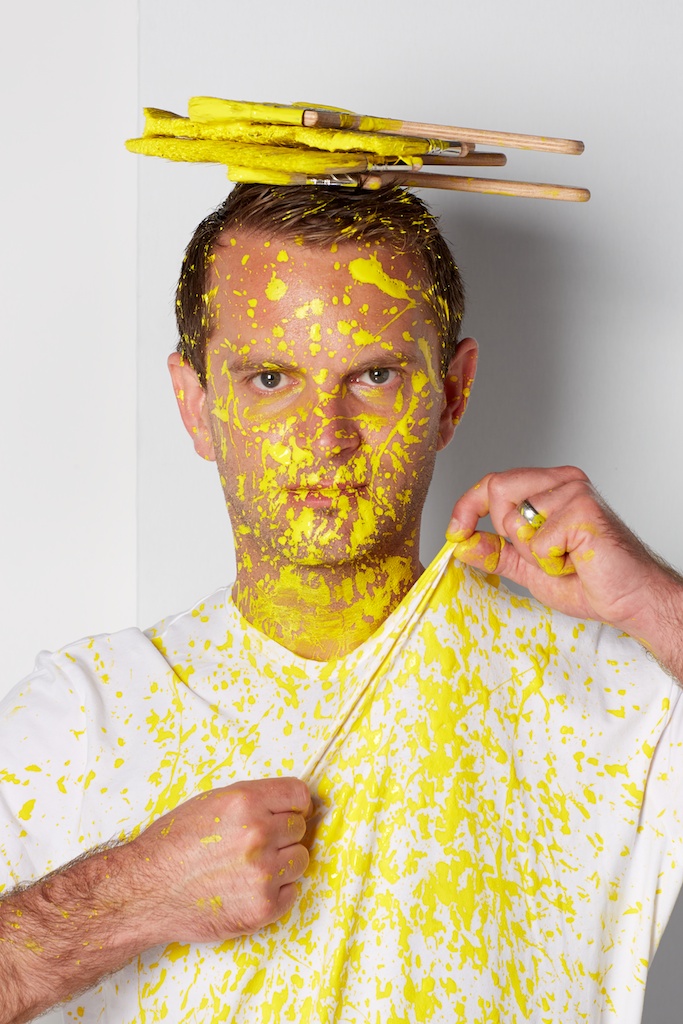 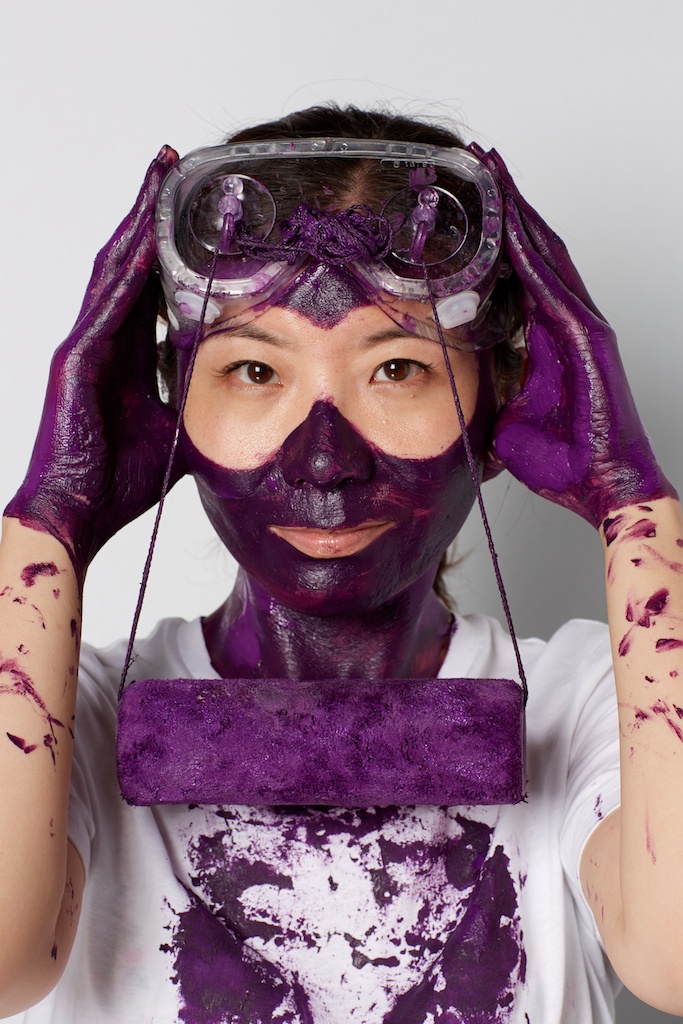 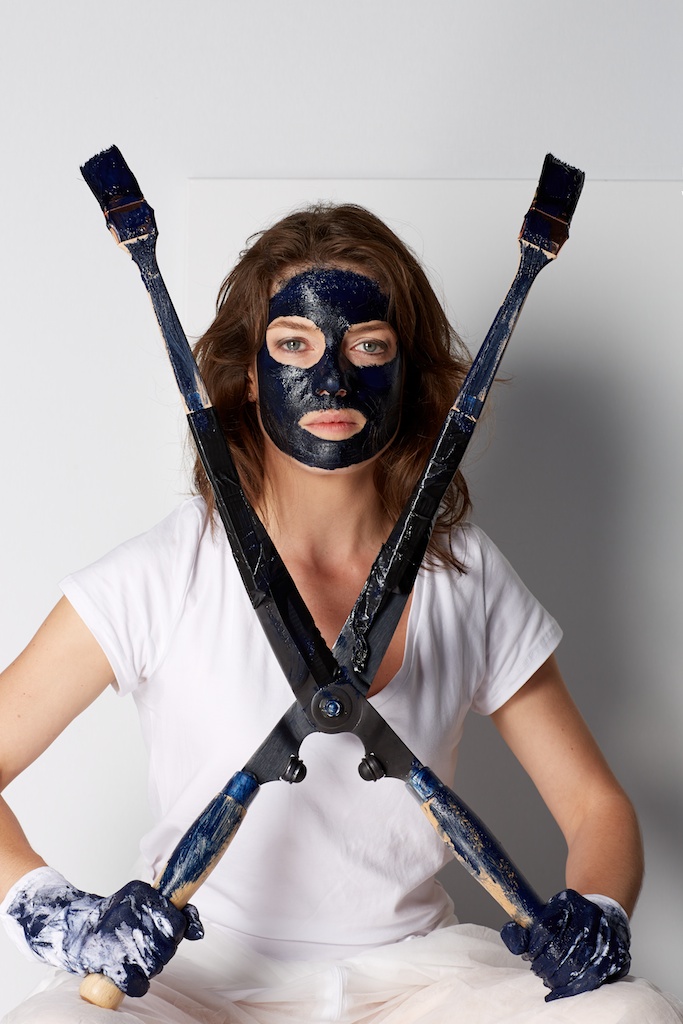 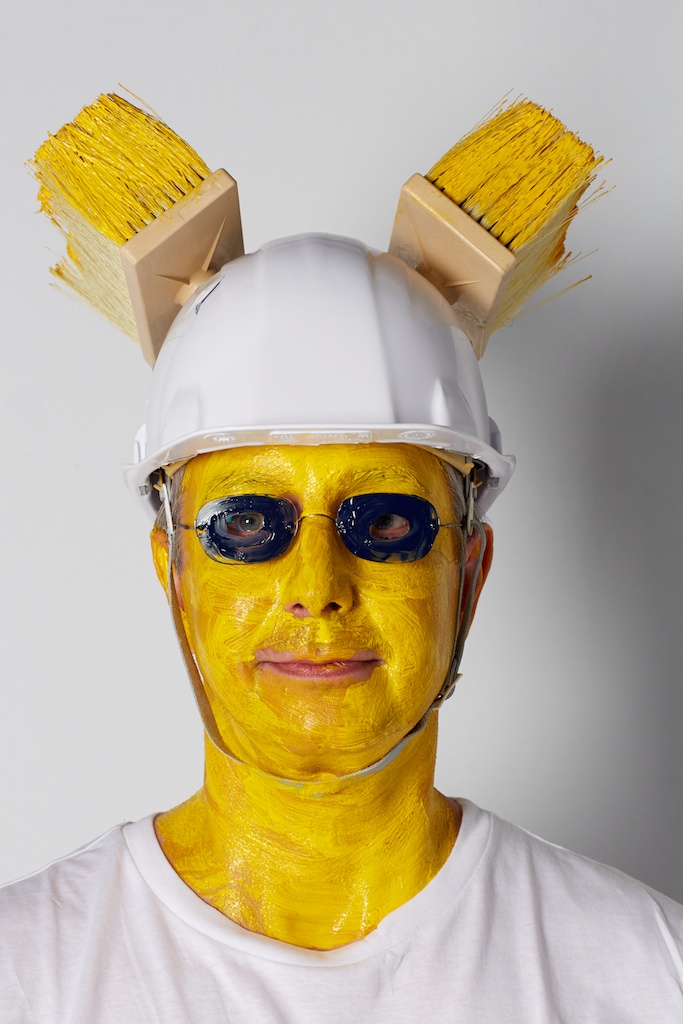 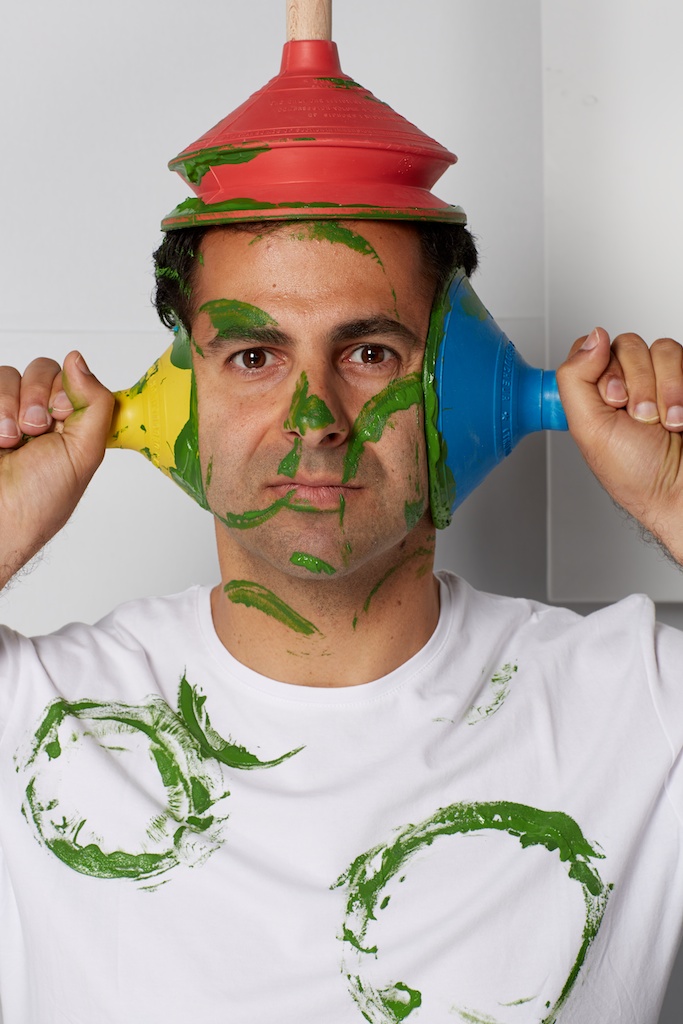 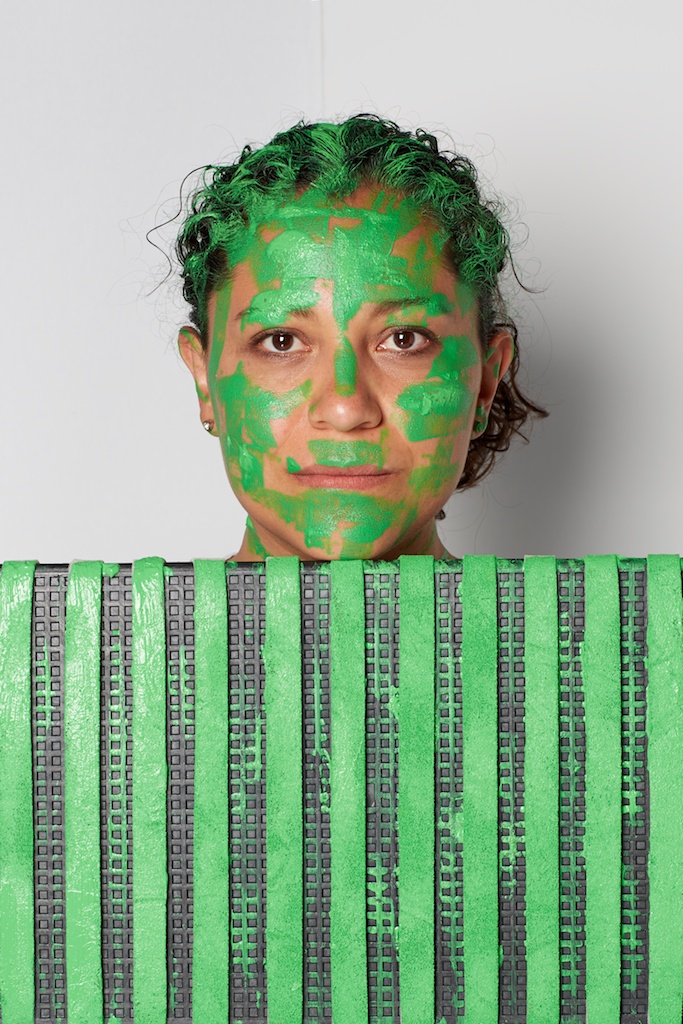 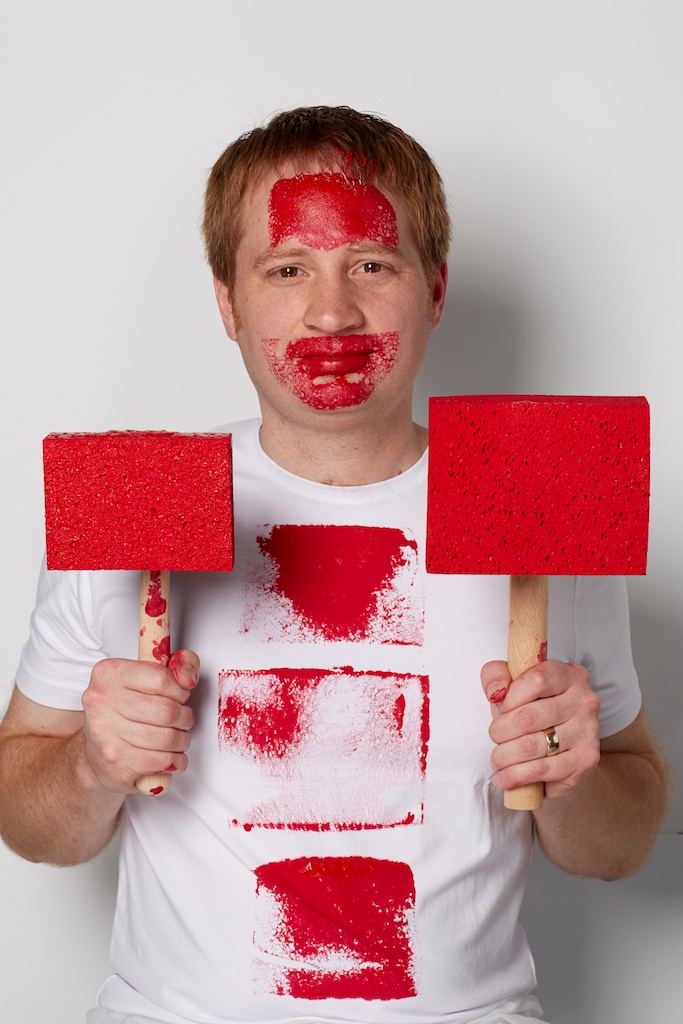 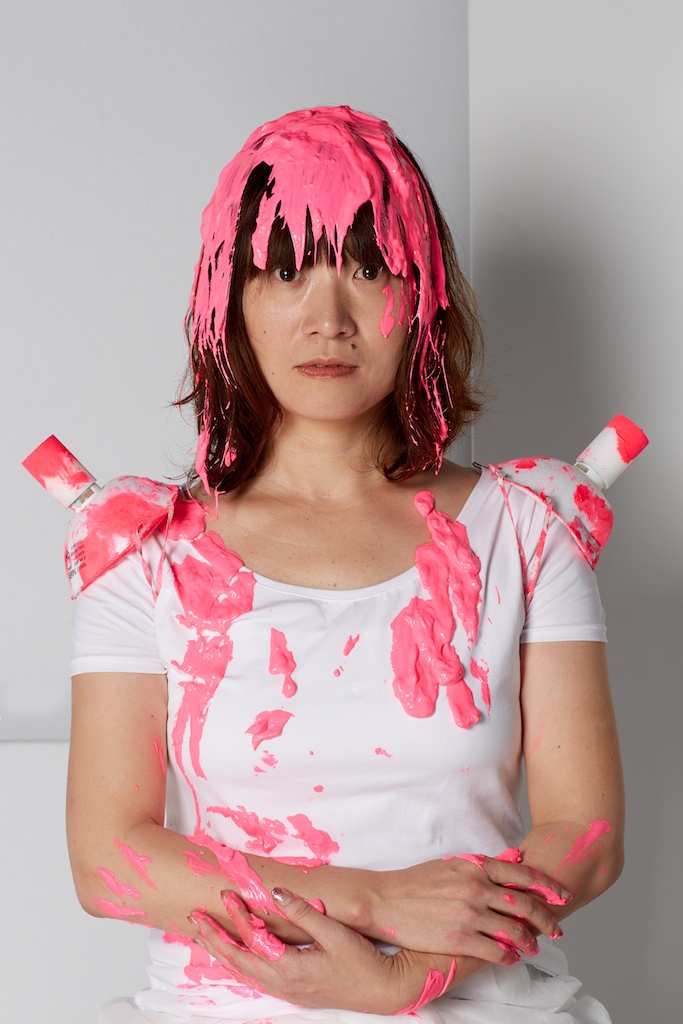 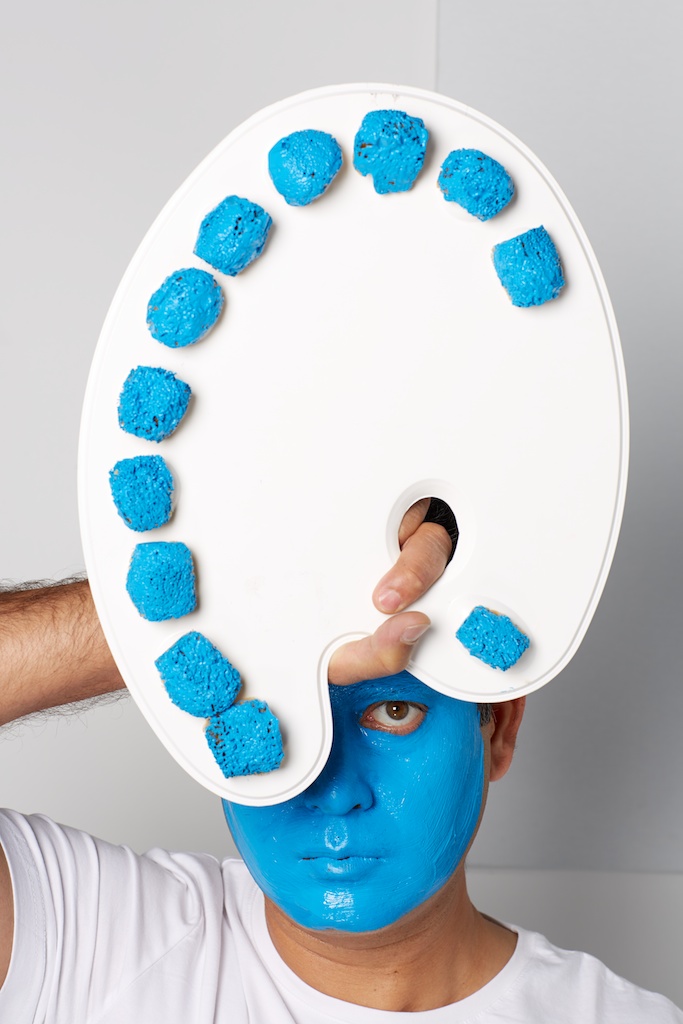 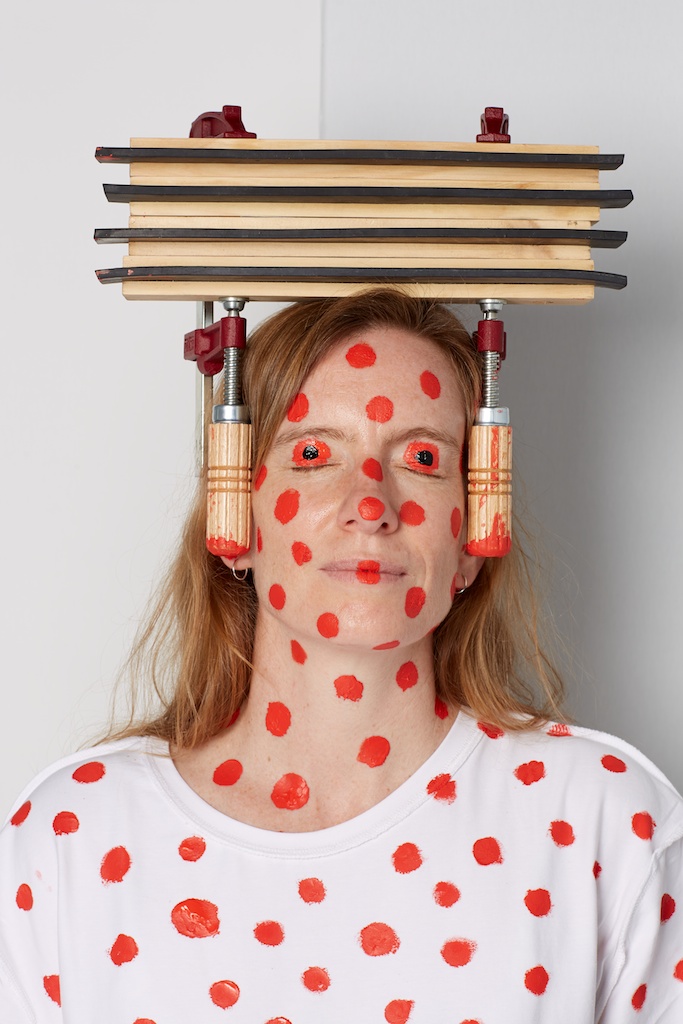 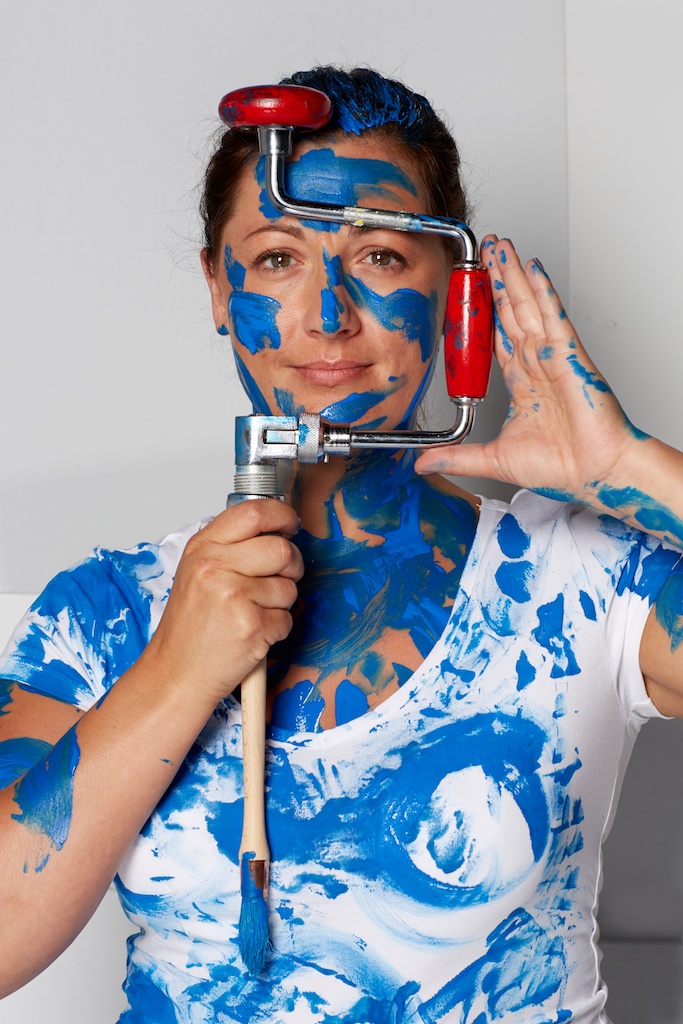 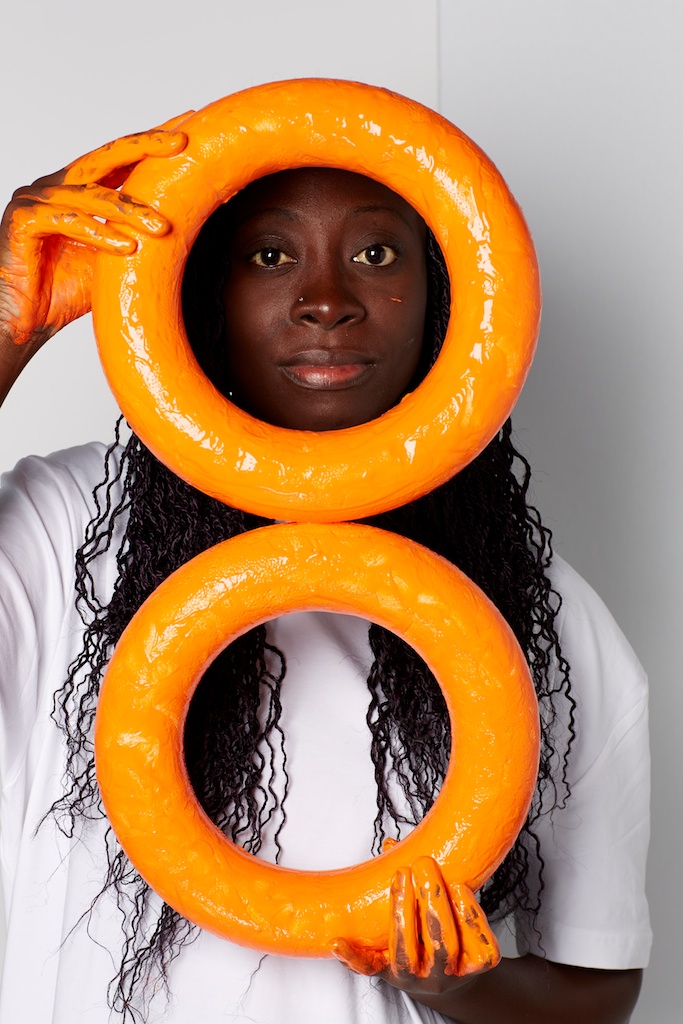 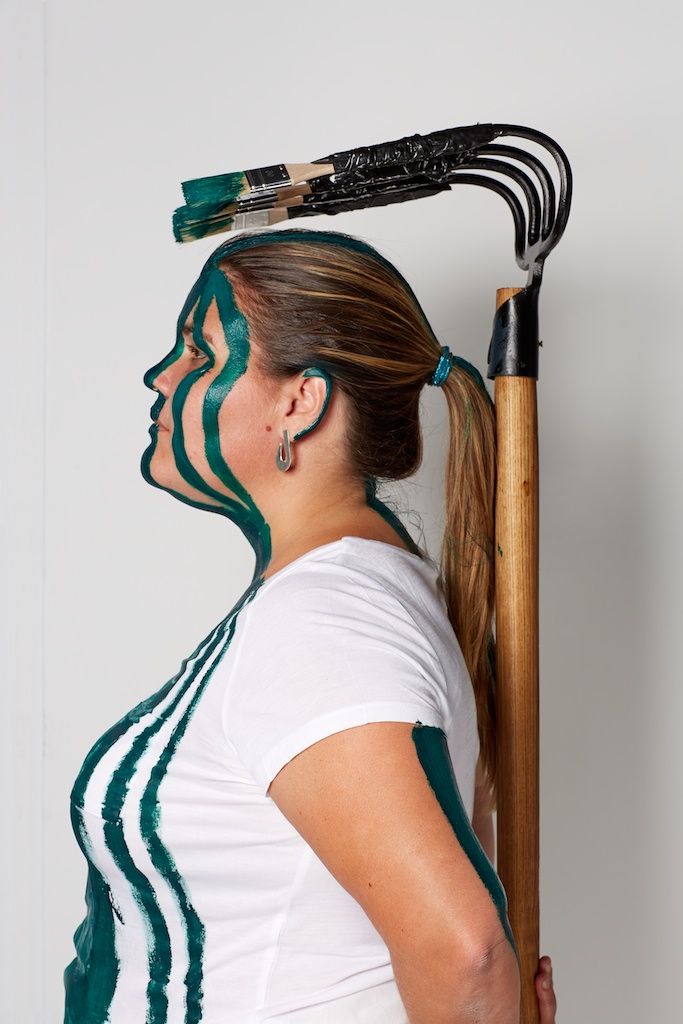 Having been inspired by observing these fledgling artists, Olaf Breuning immortalized the models in portrait form at the end of this creative session: “Artistic creation is often the product of confrontation, of dialogue… I wanted to follow this creative process for a Group that makes sharing and conviviality its signature. The idea was to bring these people that I was meeting for the first time closer to one another, and then to expose them to my world. They had no idea at all of what the final piece would be: like an exquisite artistic cadaver, they would each make their personal contribution, but only I knew where the journey would take us”.

Olaf Breuning was able to infuse his art with Pernod Ricard’s DNA as “Créateurs de convivialité”.

You can read/download the actual annual report here