The new Gi FlyBike (initially named the Gi Bike) is a full-sized folding electric bike with wireless smartphone integration. Weighing only 37lbs and made from 100% recyclable aircraft grade aluminum alloy, the bike is loaded with features, looks futuristic and comes with its own GPS system and USB port for both Android and iOS phones. END_OF_DOCUMENT_TOKEN_TO_BE_REPLACED

Continue ReadingIt’s Electric. It Folds. And It’s Smarter Than You. The Gi FlyBike. [Updated] 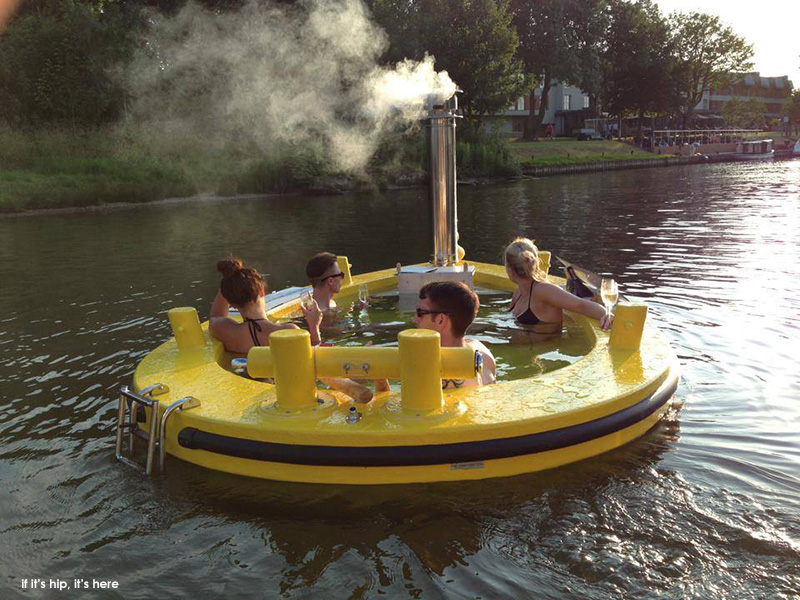 The HotTug is the first wood-fired hot tub boat in the world and you can put it right at the top of my wish list. END_OF_DOCUMENT_TOKEN_TO_BE_REPLACED Saietta represents the first meaningful redesign in motorcycling in a generation. Its unparalleled handling and revolutionary styling have set the benchmark for performance and design across the industry. Available in three core colors (red, black and white) or 8 optional colors (including the chrome), the electric motorbike has had glowing reviews and awards. The all-day-long range, unmatched handling and impressive power are all that you could ask of an electric vehicle. END_OF_DOCUMENT_TOKEN_TO_BE_REPLACED