This past week, as I was scrolling through my Twitter feed reading about Trump’s lies, police brutality, Covid-19 death tolls, heatwaves, wildfires and hurricanes – I was stopped by a video of a remarkable semblance of LEGO bricks built to emulate the entire island of Manhattan. I was blown away. Given that I’m familiar with most available LEGO products I knew it was – as the brick builders call them – a freestyle build. Meaning it’s not from a kit, there are no directions and it is built entirely from one’s imagination using LEGO bricks. The video was posted from Ireland by a woman named Laura who claimed it was her 14 son that had built the miniature model of New York City. I had to learn more. I reached out to her and learned that the over 6 foot long build was created in less than a week by her eldest son, 14 year old Alex Bailey, who started playing with LEGO at age 2.

Showing an early aptitude for the plastic building blocks, his family would spend a small fortune buying him sets. Given his active imagination and obvious artistic inclination, Alex would break apart the sets in favor of building them freestyle.

At the tender age of 8 he built a 3 foot model of the Titanic that Laura says was also incredible, but buildings have since been his preferred subject.

His dream had been to visit New York so his parents surprised him and his younger brother last Christmas Day with a doors-off helicopter ride over Manhattan. This is what inspired Alex to create the freestyle build of Manhattan. 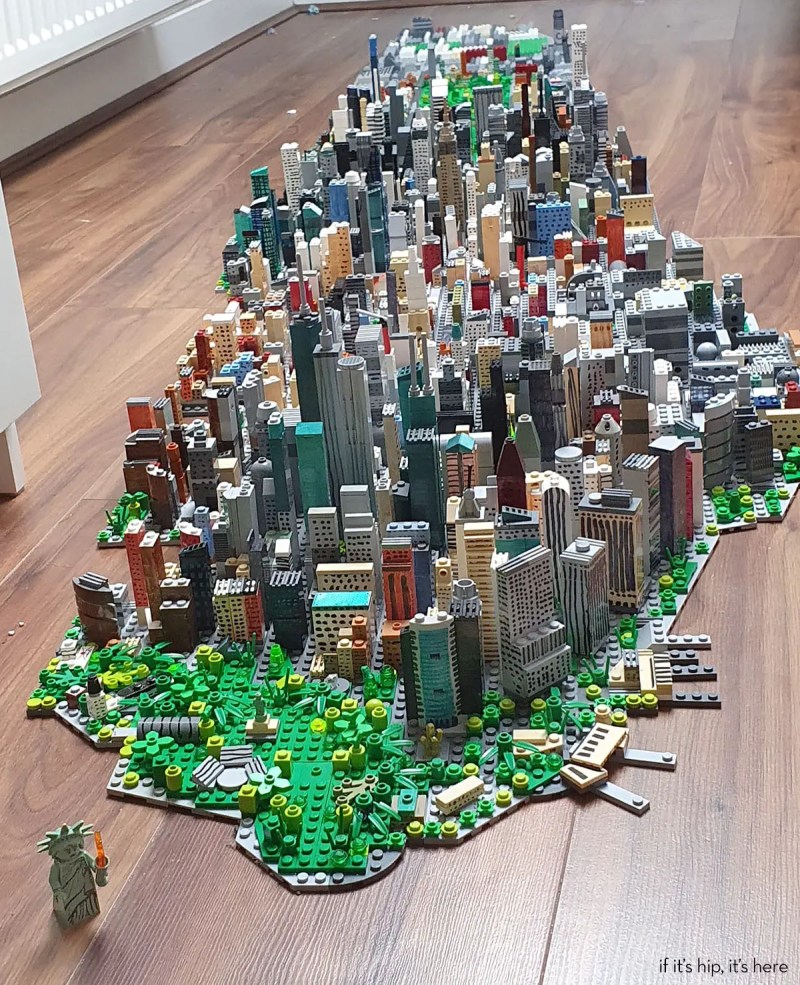 Alex and his younger brother Ashton, aged 13, both love playing with LEGO and Laura estimates that they’ve spent over $12,000. U.S. dollars on the toys – not including presents to the children from other family members.

The Manhattan model is over 6 feet long and Alex worked on it every day, diligently, from 4pm – 9:30pm upon returning home from school. Alex is currently working on an equally impressive model of Dubai.

According to his mother, Alex dreams to become an Architect as well as a Master LEGO Designer – although, personally,  I think he may have already achieved the latter.

A big thanks to Laura Bailey for the images and information.

Miniature Models of Buildings by Chisel & Mouse Are The Perfect Touch For Architecture Lovers.