you are here: if it's hip, it's here » design » window designs

Of all the stunning New York holiday windows, Bergdorf Goodman’s Destination Extraordinary are this year’s most interesting and beautiful. Inspired by the paintings of Rousseau and the American Museum of Natural History, the windows are abundant with inspiring hand-crafted props and design. END_OF_DOCUMENT_TOKEN_TO_BE_REPLACED

Truth. Beauty. Freedom. Love. These are the four tenets at the heart of BAZ DAZZLED!, a special multifaceted holiday campaign for Barneys New York. The multi-platform initiative was created by film director Baz Luhrmann (known for his lush films such as Moulin Rouge and The Great Gatsby) and his wife, Oscar-winning production and costume designer Catherine Martin. END_OF_DOCUMENT_TOKEN_TO_BE_REPLACED

The RIBA Regent Street Windows Project matches cutting edge RIBA architects with some of London’s most prestigious retailers to create stunning architectural installations in shop windows along and around Regent Street. For the Brooks Brothers store window, Squire and Partners’ were inspired by the preppy brands’ iconic Golden Fleece, the historical symbol of wool merchants and the Brooks Brothers trademark since 1850. END_OF_DOCUMENT_TOKEN_TO_BE_REPLACED

Another impressive Hermès Window Display by French artists Zim and Zou. This time it’s a Fox Den made entirely of paper – with a fox made of leather – for the luxury brand’s Barcelona store. END_OF_DOCUMENT_TOKEN_TO_BE_REPLACED

On Monday, November 25, Saks Fifth Avenue‘s flagship store came alive with the unveiling of its iconic holiday windows and the debut of its Snowflake Spectacular, a dramatic 3D light show projected onto the façade of the building. END_OF_DOCUMENT_TOKEN_TO_BE_REPLACED 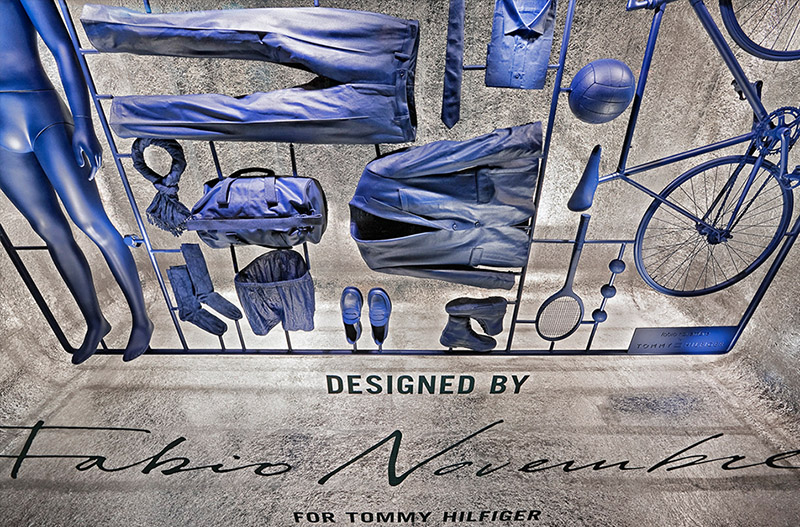 For its 13th Carte Blanche, the Hermès store at Hong Kong International Airport is exhibiting a piece by French artists Zim and Zou,’The Eternal Jungle’, which is an invitation into the wild. END_OF_DOCUMENT_TOKEN_TO_BE_REPLACED